My two favorite movie seasons are summer and then the rest of the year. There’s something about seeing those big, explosive, (sometimes) dumb popcorn movies in the theater each May, June, July, and August. It’s a chance to escape the heat, there’s more free time to spare for most, and that’s usually when studios put out the majority of their films that beg for a larger screen. While I’ve bemoaned movie options of recent summers, I’ve also been guilty of wasting a few afternoons taking in some regretables. (The Green Lantern and Tomorrowland come to mind. I won’t get any of that time back.)

Plus, when I was a kid, summer was always a time when we’d see the most movies, so there’s a bit of benign nostalgia involved. I look ahead to this season to see what’s worth the extra time that I have and what’s got me scratching my head. So here’s a breakdown of some of what caught my eye this year, for better or for worse.

Avengers: Infinity War (April 27)
Come on. There’s no way in hell I’m missing this. (We even ranked all of the MCU films at the site.) Even though the movie single-handedly moved up the summer movie season by a week, I’m heavily avoiding spoilers and even trying to even dodge fan theories at this point. I have little notion of how they’ll juggle this many heroes and (new) villains, but if anyone can do it, I suspect it’s the Russo brothers: they did more than an amazing job with Captain America: Civil War while managing to introduce Black Panther in it, and he arguably stole the show! I’m all in.

Solo: A Star Wars Story (May 25)
When I first heard that they were doing a Star Wars movie based on some early Han Solo stuff, I cringed so hard that I thought I would pull a muscle. Taking a decades old fan favorite and putting another actor in the place of the great Harrison Ford is, hands down, the biggest risk that any of these new Star Wars films have tried. I have no idea if Alden Ehrenreich is up for the task, but there are a lot of things that are going to get me in that theater seat, including Chewbacca/Han origins, Emilia Clarke, that less-worn Falcon, and, not least of all, Donald Glover (!) as Lando. Plus, here’s the thing: I absolutely have to know if this is going to be pure gold or pure shit or somewhere in between. Maybe Ron Howard got it together.

Won’t You Be My Neighbor (June 8)
As a recent father, I look forward to the day when I can introduce my daughter to Mister Rogers’ Neighborhood. I’ve even started looking where I can watch or buy it online. No television personality touched me in a more meaningful way than that kind, simple, straightforward, humble, and humane personality as Fred Rogers did. I guess I’d better prepare my tear ducts beforehand for this documentary.

Ocean’s 8 (June 8)
Sandra Bullock can be hit or miss for me, but I keep coming back to this trailer and thinking about how edge-of-the-seat fun it has the possibly of being, much like the first Ocean’s 11 remake was. The rest of the actresses can carry any movie on their own, by the way, yet they’re all here: Cate Blanchett, Mindy Kaling, Sarah Paulson, Awkwafina, Anne Hathaway, Rihanna, and Helena Bonham Carter. I’ll see y’all there.

Ant-Man and the Wasp (July 6)
Lest we forget, there’s another little (pun!) MCU movie dropping this summer. Not only am I a Marvel mark, but also I have this question: how the hell will they fit in what seems to be a compartmentalized Marvel movie just after the events of Infinity War? (And I’m sure after Infinity War, I’ll be thirsty for any questions of any kind to be answered.) The addition of Evangeline Lilly in the Wasp costume and Michelle Pfeiffer as the missing Janet van Dyne — and the sheer fun of the first one — gives Ant-Man and the Wasp some wonderful popcorn-movie potential.

Hotel Artemis (June 8)
When I read the words “Brian Tyree Henry,” my current favorite actor on television, and “a dystopian future with riots raging across L.A.,” my interest was piqued. Throw in Sterling K. Brown, Charlie Day, Jeff Goldblum, and Jodie Foster, and surely this one sticks, right? Right?

Tag (June 15)
You’ve got to make room for some goofy comedy in the summer movie season! This one has a certain Hangover vibe to it, but I can’t quite tell if that’s the first Hangover I’m sensing or the third. I’m a fan of Jeremy Renner, Hannibal Burress, Jon Hamm, Ed Helms, and Jake Johnson, so this is a solid maybe. We’ll see.

Jurassic World: Fallen Kingdom (June 22)
Every time they make a new Jurassic Park movie, I think to myself, “Why?” Alas, I did go see the last installment, and while it seemed like a bit of a rehash, it was just fun enough. This one has to bring a lot more to the table, though, and it very well could. Entertainment Weekly calls it “the franchise’s darkest” and notes that it has a certain, claustrophobic feel to it. I don’t know, though.

Under the Silver Lake (June 22)
The trailer doesn’t have me hooked, but here’s what does: David Robert Mitchell, the director, nailed it with It Follows, one of the most haunting horror films in the last few years; however, it’s being billed as a thriller, but this looks too comedic to offer the tingles. The plot revolves around Andrew Garfield and how his new love interest vanishes after one date. What keeps bringing me back to the movie  is Garfield’s description of the script, saying that it was a blend of “Stand By Me, The Goonies, and David Lynch.” Hmmmm. Okay.

Sorry to Bother You (July 6)
My second favorite television actor at the moment is Lakeith Stanfield. As Darius on Atlanta, his stoned-out, Buddha-like wisdom steals every scene. In Sorry to Bother You, he plays a telemarketer who finds success by using a “white voice” (the real voice actually belongs to David Cross). This one has gotten some good reviews, too. Director Boots Riley recently made the statement that “without capitalism, there wouldn’t be racism.” Wow. Maybe I should move this into the ‘I’m There’ category. 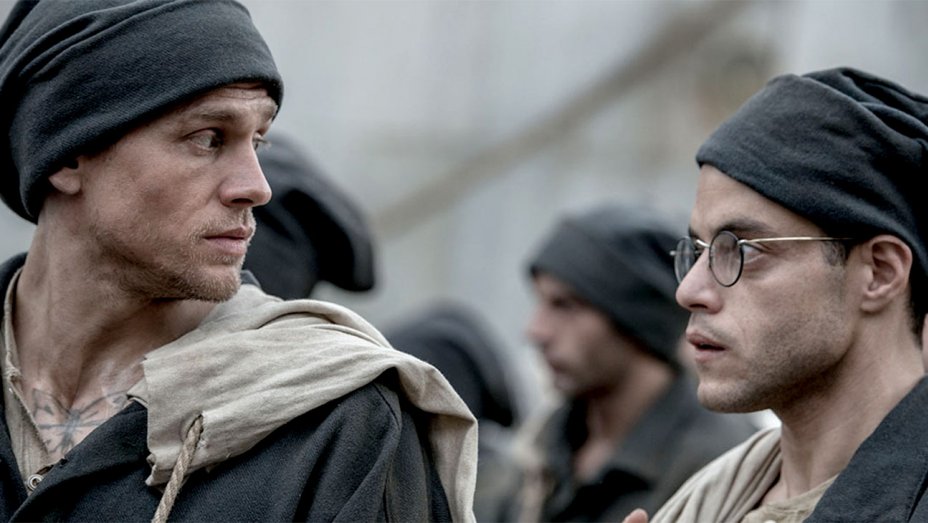 Papillon (August 24)
Charlie Hunnam stars as Henri Charriere, the Parisian safecracker framed for murder who tries to escape a French Guiana penal colony many times. Remakes are a dime a dozen and I’m still not convinced of Charlie Hunnam’s star power, but it’s probable that there’s some strong social commentary on prison systems; that has me thinking it could be worth some time. The fact that there’s still no official trailer out (and it was supposed to be released in 2017) does seem bothersome.

Deadpool 2 (May 18)
Jesus Christ is there a more annoying comic book character than Deadpool? Even on the page, the 4th-wall-breaking, wink-wink style, you’re-in-on-the-joke humor is as grating as any high school hallway and almost as masturbatory. When you pair the Deadpool character with Ryan Reynolds, I begin to see what people mean by superhero fatigue. Count me the hell out.

Action Point (June 1)
Well, I can tell you where I won’t be on June 1st. This movie is really nothing more than Johnny Knoxville being his Jackass character Johnny Knoxville, except this version of him owns a fun park. It’s a great excuse for him to catapult into a barn, you see. Idiocracy, we welcome you with loving arms.

Uncle Drew (June 29)
Not even the Celtics fan in me could possibly stomach this Kyrie Irving movie where he and Shaq wear old-man make-up to play streetball. It may be worth a Sunday afternoon on TBS in ten years. It’s not worth the $10 in the movies in the summer of 2018.

Skyscraper (July 13)
I hear a lot about superhero fatigue, but I never hear about DeWayne “The Rock” Johnson-saving-people-from-disasters fatigue. Surely that’s a thing! Well, if not, let it start here. Rocky, you deserve better than these movies that have almost identical plots. (If you haven’t figured this one out, he saves his family from the world’s tallest skyscrapers which is on fire.) Put the Rock in a good movie, somebody!

Mama Mia! Here We Go Again (July 20)
Here we go again, indeed. I don’t think I’ve heard one person clamor for a sequel to 2008’s Mama Mia, but maybe I don’t run in those circles. I’m not sure what the hell is going on in this movie. It’s a musical is all I know. Nope. I’m out.