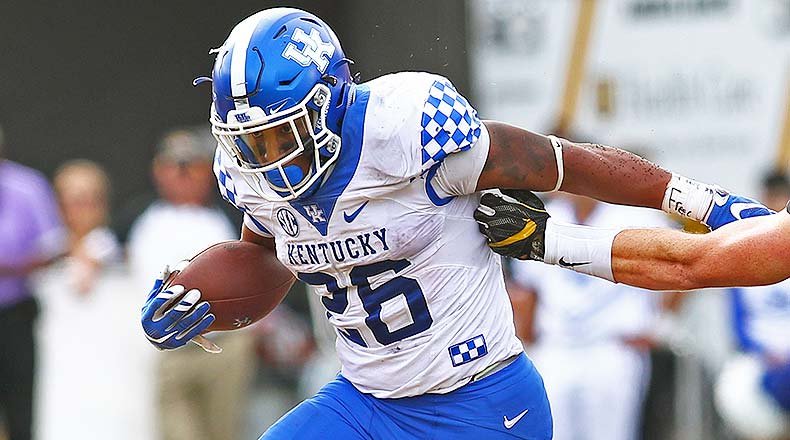 We are not experts. If you go by these picks, you’re bound to be lose money. But you know what?! It’s entirely possible that you’ll finally be able to pay off all those student loans! You never know! Ride the snake! Play these lines! Each week, two crazy, lazy writers at The Alabama Take give their best guess at the best bets with the lowest stress. It’s our college football picks of the week!

Blaine Duncan
Hard to believe that we’re at Week Ten in the college football season. The first set of the College Football Playoff Committee rankings were released this week, and Notre Dame is ranked too high (no surprise there, really). UCF is also somehow ranked high, no doubt riding a wave from last year and not so much because of their product on the field in 2018. They’re the biggest joke in college football. So with those initial thoughts out of the way, here are my biggest picks of the week, which I hope to improve upon being another lousy 1-2 from last weekend. There were a lot of games that I liked, so narrowing it down to three was a task.

Michigan State (-2.5) at Maryland: With Maryland firing its head coach this week and Michigan State coming into town after a solid conference win against Purdue, I don’t see how Sparty doesn’t win by a touchdown here. Plus, it seems as though Maryland are only giving up points because of a home field advantage (that’s practically nonexistent) and some early season success against Texas and Minnesota. I’m not buying anything on the Terrapins right now.

Georgia (-9) at Kentucky: I think that Kentucky has been overrated and overvalued all season. They can’t throw the ball. Can Benny Snell carry the entire offense? Maybe. But coming off an emotional, one-point win seems like it could cost them a victory here. While Georgia does have some few concerns at offensive line and it’s more and more clear that they’re not the dominant Georgia of last year, I still think that they get a two-touchdown win, even in the Bluegrass State. Kirby Smart will have them ready.

Notre Dame at Northwestern (+9.5): I like that half of a point tacked on to the Wildcats. Notre Dame is a bit overrated, as they usually are. I think that the Irish win, but that the Wildcats — who are excelling at the moment with some momentum — hang in there ’till late in the night on their home field.

T.D. Wood
Well, it’s that time of year – College Football Playoff rankings will now dominate the conversation about college football for the rest of the season. The initial rankings have Alabama, Clemson, LSU and Notre Dame as our top four. My take? I don’t really care, honestly. I hate the rankings, and think the selection process should be done like it is in college basketball: tons of fun speculation about who’s in/out, and a single announcement of the field on Selection Sunday. That’s it. As far as I’m concerned, any rankings before then are arbitrary. Remember the inaugural year when TCU dropped from 3 to 6 without even playing? If the committee would just wait, then they would’ve have to answer so many questions about why teams are moving from spot-to-spot on  weekly basis. ESPN could still have their weekly show where they let their “experts” debate over who should make the field and who shouldn’t. But, alas, we have what we have. Time to break out of this slump.

Georgia at Kentucky (+9): This may be a bit risky, but I like taking the home underdog and nine points here. Georgia hasn’t been all that solid against the run, and Kentucky has Benny Snell. Yes, it’s true the Wildcats don’t have much else on offense, but their defense is stingy enough to keep them hanging around in this one. Also of note: Georgia hasn’t played a home game since October 6th, and that could make for a very sluggish, ugly game which favors the Cats. The Dawgs will win, but Kentucky’s not going down easily.

Penn State (+10.5) at Michigan: Yup, here I go again, picking a Michigan game (0-3 on the season). Something about the way Penn State is being dismissed doesn’t sit with me. This isn’t a team that’s gonna get blown out. James Franklin may find some spectacular way to fuck it up, but they’re not gonna get blown out.

Alabama (-15) at LSU: OK, maybe I’m just blinded by the homer hat right now, but what does everyone see in LSU that makes them think this will be close? That big Miami win is null because we now know Miami is not that good. Same goes for Auburn. They really struggled to put away State. The Georgia game was mighty impressive, yes, but is that the real LSU team, or was that a near-perfect game versus a Georgia team having an awful game? Maybe they can slow down the Alabama offense, but what does that mean? 28 points? You really think the Tiger offense is scoring more than 28? If you’re gonna beat Alabama this year, you have to do it via shootout, and Joe Burrows ain’t outdueling Tua Tagovailoa. And about this Devin White nonsense: yes, it was a horrible call and he shouldn’t be suspended. But are LSU fans kidding me with this conspiracy bullshit? Furthermore, is White gonna pressure Tua, cover all four WRs and the TEs, and stop the run all by himself? Get outta here. Oh, and the whole Death Valley thing? Most overrated home field in college football. They’ve lost six games there in the past four seasons. Alabama has won three in-a-row there and four of the last five. There’s a good reason the Tide has won seven straight in the series: these programs are no longer on the same level. LSU waited too long to pull the trigger on Les Miles, and Coach O ain’t the answer. Bama wins big.

1 comment on “Takes on College Football: Against the Spread, Week Ten”