To see the bottom half of my favorite shows of the year and to see the shows that barely got cut, click here.

It may be prudent to note that this isn’t a list of the best shows of 2017, but a list of my favorite shows of the year. If you trust my tastes, I suppose that you could consider it both. Also noteworthy: I don’t have the time or the wherewithal to watch every single thing. There’s so much to watch these days, both a blessing and a curse! So, what did I miss? Let us know in the comments. Let the countdown (and conversation) begin! 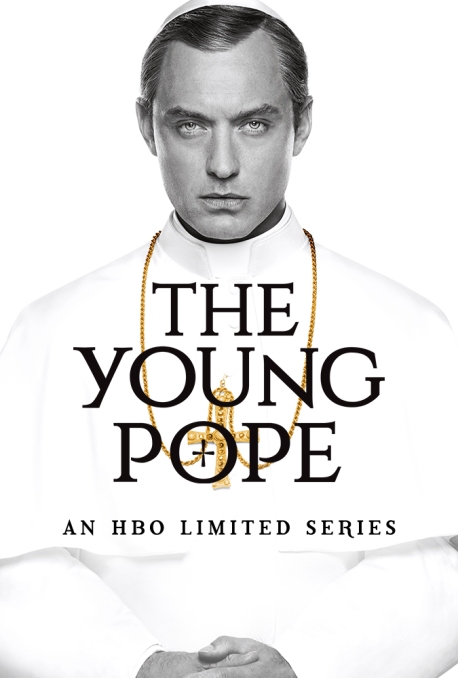 The Young Pope was either going to be hilariously awful or bizarrely special. It was the latter and more. When it was all over, it touched on something mesmerizing and emotionally deeper than it initially seemed to be in the first few quirky episodes.

The plot was simple enough: Lenny Belardo, young for a pope (hence the title), ascended to the top of the Catholic church and became the first American to do so. Some of his cardinals, bishops, and staff members like him, some don’t. Some glad he’s there and making waves, a few would like him ousted. But for each of these characters there’s a complexity that’s not there on a first look, including the titular pope.

Written and directed by Italian filmmaker Paolo Sorrentino, the show naturally felt European the way that most shows broadcast in the United States don’t. It wasn’t interested in the heroism of Jude Law’s pope or if, in a plot-point fashion, he would save lives in the process of revealing more about himself; in fact, what made the show so fascinating, even in its gradual pace, was that it would zig when you think it would zag. Once I decided what kind of show The Young Pope was, the next episode would prove me wrong, perhaps with a murdered priest or with kangaroo at the Vatican. All of this was done with an irreverence that made me look at it sideways more than once.

The scope of The Young Pope turned out to be both internal and external, and I looked forward to each episode in a weird way: I didn’t care what happened next because I didn’t have any inkling of what it could be. 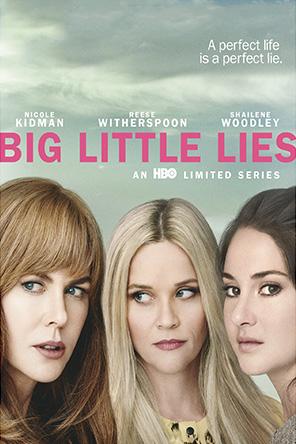 With a cursory glance, Big Little Lies seemed like a much bigger budget soap opera in the vein of Desperate Housewives. Before the end of the first episode, though, a much more nuanced drama took the place of any kind of daytime soap. Sure, the ocean side glasses of wine sipped at the backs of houses no one could afford were gorgeous and superficial, but those quickly served to offset the insidious undercurrent of the coastal town (and its elementary school bully).

Like the novel, the show centered around a group of mothers in the lavish and decadent Monterrey, but is held together by the suspense of a murder mystery, revealed in bits and pieces via the interviews of the witnesses throughout the series. It is the specfics of the whodunit that keeps you hooked; it’s the vivid performances all around — particularly haunting are husband-and-wife duo Nicole Kidman and Alexander Skarsgard — which makes it one of the best and engaging of the year.

Oh, and the soundtrack was perfect. 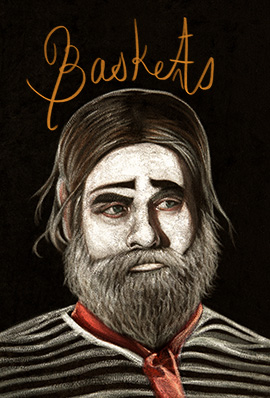 Zach Galifianakis, American treasure that he is, wasn’t the only thing that propelled the second season of Baskets so high on my favorites of this year. The ingrained pathos of every character, especially Louie Anderson as mother Christine, made the show dip deeply into the the lows of loneliness and soar to the stellar highs of slapstick hilarity, often in the same scene. Each character felt lived in and fully alive.

Christine’s story line of finding a much-needed friendship in a Ronald Reagan museum was as glorious and touching as any drama. In that episode were dashes of comedy, pairing tears with laughter that so many romantic comedies find lacking. And here was an overweight, aching, older mother of four grown men finding love all while her ne’er-do-well, misguided son sits in jail. It’s not something you see in a lot of shows, but it hit the perfect notes and served an example of the balance that Baskets found each week.

I don’t hear many people talking about Baskets in their year-end list or when it was even on the air earlier this year, which is a shame. There’s not a wasted character or moment in any episode, and Galifianakis is at his pure best as both Chip and twin brother Dale.

Like the show itself, it’s sort of sad: any other year, The Leftovers would have skyrocketed to the top of the list and no questions would’ve been asked. The third and final season of The Leftovers often left me breathless (much like Carrie Coon’s Nora Durst in one of the show’s most suspenseful moments involving a cocoon and possible alternate dimensions). Never I have seen a show explore all the facets of religion and what it means both inside the sect and outside in the secular. It wasn’t just religion, either: The Leftovers seemed to wrestle with all of the universal truths, challenge them, explore the history of each, and never get overwhelmed.

How wonderful to see Damon Lindeloff (Lost) nail the ending of the show; there was rebirth, resurrection, the Australian outback, penis scanners, God, a lion, nuclear war, and a orgy-sex boat.

The Leftovers really has to be seen to be believed. It’s one of the greatest shows of television.

Twin Peaks: The Return wasn’t just the best show of 2017. It could very well be the best show ever to be on television. And the truth is this: I have no damn idea what happened for a much of its 18-hour run.

David Lynch and Mark Frost were much more interested in the imagery and feeling of the newly expanded world of Twin Peaks: The Return rather than conjuring some sense of nostalgia from the original 1990’s series. Good for them. For every baffling moment, there were twenty astounding scenes that wracked your brain while making you wish for more. (“Part Eight” alone could be the best art-house movie ever made.)

And how touching is it that this was a few of the key actors’ last farewell? I couldn’t imagine a better way to take a bow.

Speaking of the cast, Kyle MacLachlan, playing three (or more?) roles, was an alluring presence in every scene, whether he was Dougie Jones/Mr. Jackpots, Bob, or Dale Cooper. Much like the show itself, I was always curious as to what would happen next to his multiple characters. He anchored it all, saving surprises ’till the end.

A series has never set a tone like the original Twin Peaks and The Return goes beyond: the New York skyline, the Nine Inch Nails’ performance, the black-and-white stalking of the Woodsmen, the creature in the box, tulpas galore, the humming of the Great Northern, Cooper-as-Bob in the prison, the giant, the bell, Bobby Riggs’ emotional moments, that lady honking her horn in traffic.

I’ve often said that there was little that was more frightening than the death scene of Laura Palmer from the original Twin Peaks; however, Lynch tops himself: the haunting, final moment of realization in The Return and the animal-like scream of terror that accompanies it was twenty-five years in the making and will go down as the scariest moment ever to be televised.

This show frustrated me as much as any show had before it, but it every bit was worth it. This is the epitome of a show that takes brave chances over and over and doesn’t fail. And kudos to Showtime for airing it–that, too, took courage.

For those that endured, we’ll all be asking “Is it future or is it past?” for years and years to come.