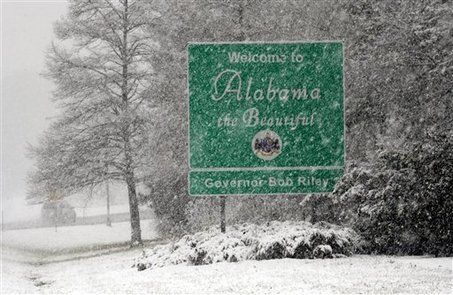 We get it. Southerners can’t handle the cold.

It’s not that it never snows in the South. It does. We usually get some form of it anywhere from two to four times a year. Of course that’s not a lot of days of winter weather, though occasionally we’ll get several inches with one storm.

We definitely don’t get enough days of snow to constitute our cities owning industrial snow removal equipment; therefore, when it snows, especially in the more rural areas in the South, we aren’t equipped in a literal sense. We have to stay indoors or at least off the roads lest we run into danger. And, no. For the most part, we don’t drive so well in the snow or on ice. When would we get the practice? It’d be like asking a Northerner to smoke some good barbecue.

Now that we all have that basic understanding, let me ask for a termination of two things. They’ll be simple and painless.

One: Northerners, please stop using winter weather as another practice to try to make yourselves feel more superior than us measly Southerners, with our slow talk, even slower book learnin’, and barefoot, backwards ways. After all, we gave you Doug Jones this year. Let it rest.

Two: Southerners, y’all gotta drop that “milk and bread” joke. Jesus Christ, that son of a bitch is old. It was old before the advent of the Internet, where “jokes” repeat ad nauseam thanks to whatever the hell a “meme” is. (I’m kidding. I know what they are, and they’re mostly annoying.) Seriously: who among you actually knows someone who goes out and buys milk and bread just before a projected snowfall? I can’t name one person who does. Is that the joke? Either way, it’s banal. It’ll be tolerable not to post “Gotta go get the milk and bread lol” this time. One year without that brilliant piece of satire and I can only assume our IQ points rise.

As for me, I’m about to go drive these frozen roads to see if any barbecue joints are open.