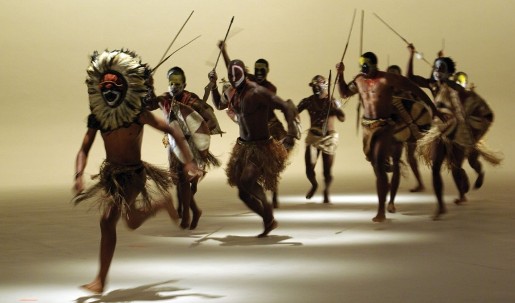 I really didn’t want to write about Kanye West. He wasted the term “dragon energy” on Trump, for Pete’s sake! It should have been hilarious that he said the only person he “100% agrees with” is himself! (That one is still kind of hilarious).

I meant to write something along the lines of Like Black Panther? Then Read This Next! That is great and worthwhile endeavor! And it’s been done by others much better than I ever could (like here!)

So I had Wakanda on my mind. I must have had Kanye on my mind, too. Something about the music video for “Love Lockdown” kept sticking with me as I thought about Wakanda. Is this Wakanda’s dark shadow? “System overload,” sings Kanye and he – in his pristine white suit, in his disconnected no-place white space – shimmers. He breaks up for a minute, like he’s a bad connection, like he’s overcome by some kind of distortion. Like he’s not really there. Like’s he’s in the holo-deck, or the Phantom Zone. Or maybe that’s just what your life looks like after a bad breakup, when you and your significant other can’t figure out who keeps the dog or the couch, and you move into nowhere.

If Wakanda in its first glimpses feels like unity, wholeness, the fulfillment of a promise, this place feels like the opposite. Sterile and dead, where Wakanda is vibrant and living. And there’s Kanye, in the in-between, in his white suit and his white couch. He’s not a part of any of this.

Wakanda feels optimistic, a future that, maybe, some of us could actually believe in. An alternative. Compare it to Asgard. Asgard feels hammy. I mean, of course Odin only came to power on mounds of corpses. Did anyone really expect anything different? Wakanda is no paradise, but Asgard is Disney World. Expensive, sort of fun to visit, most fun when Jeff Goldblum shows up and everything burns to the ground. Asgard’s the utopia we don’t believe in any more, the old world, the world that has to pass away. The utopia that controls and dominates and created paradise by asserting its will on others. In Wakanda the drums, the masks, the people, the spaceship, are unified. Think W’Kabi’s warriors’ energy shields emerging from their blankets.

Kanye presents a profoundly different type of relationship. In the no-space of “Love Lockdown,” the spaceship shimmers above the human figures, distant and alienated. Here the day-glo women dwarf the masked dancer. The women, alien and hyper-sexualized, bend down to scrutinize the dancer, like bug in a jar. Here Kanye seems stuck between past and future, with no reconciliation forthcoming.

Check out the music video for “Stronger.” Riffing on imagery from the movie Akira (like this hospital scene, or the motorcycles in this one), Kanye is subjected to technological torment. Instead of controlling or creating, technology abuses. Wakanda controls its own technological might. They’ve created a paradise. They are in the position to choose whether or not they will share their might. Whatever else might be going in “Stronger,” whatever’s going on in “Love Lockdown,” I think we can agree: Kanye isn’t placed in a position of control. He’s acted upon, or he stands by while the action passes him by.

Or is Kanye Killmonger? Is it the power of his voices that distorts the world, is it the power of his beats that shakes the frame of the video? In the Stronger video, he’s the monster our shiny future created. Does he tell us that Wakanda has power only because it’s a utopia we haven’t tried to realize?

Maybe I’m wrong about all of this. After all, no matter how much Yeezy tells us he’s out of control, no matter how twisted and tormented this is, as his album title reminds us, his beautiful dark twisted fantasy. How divorced from the action can Kanye really be? There’s no video without him. If it’s all about what they’re telling us, then maybe we can try this: Wakanda tells us its going somewhere. Kanye tells us he’s stuck.