(All images in the following review are captured from the Nintendo Switch’s capture function.)

In year two, the Switch has had the unenviable position of following up releasing two of the most adored video games of this generation (Breath of the Wild and Mario Odyssey, those indie darlings) with a lineup that doesn’t cause the portable/console hybrid to sink. It should be said that Nintendo themselves doesn’t really have to do much in this column as games like the beautiful Celeste and the recent Wizard of Legend are finding amazing success on the platform and the loads of wildly creative indie games being ported to the system seem like they could be enough to hold the interest of folks. That said, Nintendo also realizes that having a successful system able to run games in the same visual and technical quality of its not as well-received Wii U can allow a bit of necromancy to a library of games that genuinely deserves the second chance a port would give them.

Take Hyrule Warriors as a brilliant case study of this. While Zelda fans have hardly been starved after the filet mignon of Breath of the Wild last year, the lore of the series runs back ages. (This wasn’t an Oracle of Ages reference. I’m sorry.) Upon its original release in 2014 on the Wii U, Hyrule Warriors was seen as a bit of novelty but also one that deftly danced around the canon of the Zelda franchise and let endless possibilities reign down. The main series is famously focused exclusively on the player playing as Link, but Hyrule Warriors opens the character sheet, like the badass Impa or Zelda herself. Hell, even Darunia’s in the game and his dancing victory pose an obvious reference to his biggest moment of joy in Ocarina of Time when he listened to Clipse’s “Virginia.” 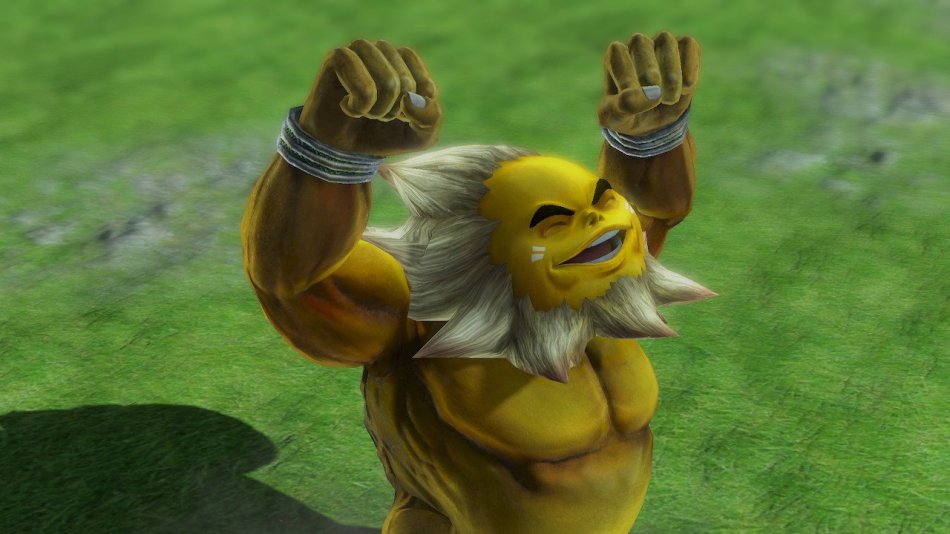 Now there is a big elephant in the room and it involves the word “Warriors.” Koei Tecmo has made a cubic ton of games in the Warriors series, all stemming from a formula that began with the PS2 and Dynasty Warriors 2. The Warriors games are all centered around a very basic action-strategy premise, the player usually being a commander army on a playfield represented by blue icons and text trying to capture the base or tight square spaces called keeps. Very quickly, it is easy to dispatch grunt soldiers and a KO counter appears as you press an action button a million times while occasionally paying attention to other meters that allow special attacks.

Personally, I enjoy this style of game, though the criticism that ramps up for each installment gets at the sense that these games are the action equivalent of a sports game. Every game is a somewhat changed roster with not many changes. Now this isn’t as true as of late, but that’s also the type of thing Warriors developer Omega Force is kind of bad at. Their most recent Dynasty Warriors 9 was rightly panned for its effort to adapt the almost claustrophobic close combat into an open-world format, a move that definitely misses the actual joy that can come out of the endorphin-pumping madness of a great KO run in a Warriors game. But at the same time, that they even felt the need to try this expresses a fatigue in the core gameplay of the Warriors games as a whole. Even their own formula is so, uh, prolific that this is the second Warriors game based on a Nintendo property on the Switch in roughly an eight month period, and one that is essentially not totally refined for the system from the ground up whereas Fire Emblem Warriors, the prior Nintendo/Warriors mash, is made for the system first.

And it doesn’t stop Hyrule Warriors from being the most fun I’ve had with a Switch release this year so far.

First, I’ll address some of what I meant by “not totally refined” other than the obvious “it’s a port” point. Fire Emblem Warriors did have some nice uses of the Switch hardware, namely that in the Switch’s docked mode, they allowed a choice between enhanced visuals (aka cool looking balls of shit and loads of weird knights falling down at the same time from a blade) or improved performance (aka less balls of cool shit but a game that feels more responsive to player commands and doesn’t feel as sluggish to play for some). Hyrule Warriors doesn’t do this and runs on seemingly a more dynamic frame rate that looks fine on docked mode but can feel not amazing at times in portable mode. However, being a port, this may just not have been possible and the game really does look great in motion.

And while normally, I’d take those into account more significantly, it really feels like my console’s hour count speaks differently. It seems kind of redundant to say, but this is such a different Zelda experience that somehow completely nails the little joys of the series. For example, when you fight King Dodongo for the first time and need to kill him by weakening him in the exact fashion you must do in Ocarina of Time, it’s clear that the game’s creators know what they are doing. These little nice eureka moments happen all over the place in Hyrule Warriors, and I mean, if you are going to go deep into the reference pile for a game, it should be one of the most well-known video game franchises of all time.

I wish I could explain this better, but it’s what I imagine a Marvel fan is feeling after something like Infinity War where you’re like “oh wow, that’s a lot of stuff” but even then, I like how Hyrule Warriors twists its world even better. There’s significant chunks of the game where you operate as the game’s villains to take down Link and Zelda. I’m sure you wouldn’t be shocked to learn that Ganondorf shows up, by the way. And while doing that sort of take down really kind of depends on play style as to if that is a visceral experience or a very quick grind to the next mission, it’s crazy that Omega Force was allowed to do that. It’s not that the Zelda games are sacred about killing Link. Hell, Zelda II alone could tell you that. It is wild to see them be so willing to have the user see our heroes fail as much as much as they succeed, on down to Link’s need for friendly motivation. Hyrule Warriors embraces Link as a flawed hero and not a perfect cipher.

It should be said that the story in this game is shockingly good, too. There’s a lot of wild twists to be expected from a game that wants you to experience its wide range of environments and characters, but none of them feel off. Hell, an even bigger shocker is that co-developer Team Ninja, most famous for its more adult fighting game Dead or Alive, really only went to their well of design for one of their characters and actually made a really cool design in their female take on Link, the machine gun crossbow-wielding Linkle. Linkle’s very goofy and is kind of played for laughs (her victory pose is of her inherited compass leading her in the wrong direction to Hyrule Castle, the thing she thinks she is sworn to protect) and yet her combat skills are so satisfying. That happens a lot in Hyrule Warriors and again, it just works.

The port maintains the spirit of this wild Zelda universe and minor nips aside, it’s exactly what I wanted and I’m glad to see it through. Oh, I forgot, Adventure Mode probably takes 39049093 hours to beat. Well, see y’all in 2023.

Here’s a star rating: **** out of five of them snowflakes

Hyrule Warriors Definitive Edition is now available in stores or digitally for the Nintendo Switch. It is $59.99 plus tax.