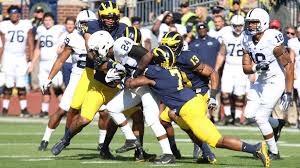 We at The Alabama Take have more to say about the upcoming college football season. Who has the best chance at struttin’ that ass into the championship games? Below, you’ll find our thoughts on the Big Ten and the PAC-12.

Check back on Thursday for our thoughts on the SEC, the College Football Playoffs, and who else could be a contender.

Big Ten
Blaine Duncan — Getting the most off-season attention, none of which was good, Ohio State’s distractions eliminate them from their big show. That kind of distraction and mess is just too hard to overcome. Count them out. Penn State’s road to the Big Ten Championship will be rough, so they’ll have to stay healthy. I expect James Franklin to be motivated by the anonymous notions that he’s overrated. So this year, it’ll boil down to Penn State and Wisconsin, and James Franklin has been building for this one. Big Ten Champion: Penn State Nittany Lions

Philip Williams — I wanted to go with Penn State because I’m always high on teams that get great QB play and Trace McSorley will be one of the nation’s best, but HOLY SMOKES did you see the Sports Illustrated cover with all the the red-headed gigantors Wisconsin has on the offensive line? They’ll go undefeated in the Big Ten. Big Ten Champion: Wisconsin Badgers

TD Wood — The Big 10 is the last bastion of smashmouth football. Even so, the conference has been ruled by prolific offenses in Columbus and Happy Valley in recent years. Ohio State obviously has some off-field distractions to deal with, but on the field they are as stacked as ever. Penn State loses Saquon Barkley, but may be more balanced on offense because of it (and they still have QB Trace McSorley). Michigan has found a QB they like in Shea Patterson, but it’s Wisconsin who has caught my eye. A consistent winner, the Badgers have a loaded squad this year that will look to push their brand of ground and pound football on opponents. Jonathan Taylor is the real deal, and could bring the Heisman Trophy home along with a Big 10 title. Big Ten Champions: Wisconsin Badgers 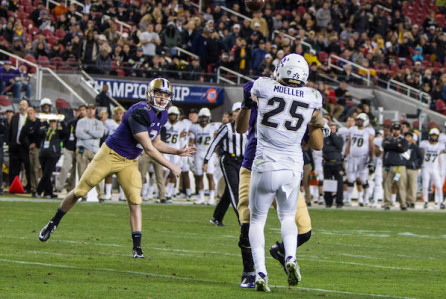 PAC-12
Blaine Duncan — Though Stanford had a major dip last season, I suspect Coach David Shaw, a good coach, will get the ship straightened. With Bryce Love, they could win it all and it’d be no surprise; but they won’t. Washington just has a nice schedule, getting many tougher opponents at home and a couple of road games against the newer PAC-12 coaches at Oregon and UCLA. They’ll go head-to-head with USC in December. PAC-12 Champion: Washington Huskies

Philip Williams — We always wondered what former Boise State coach Chris Peterson could do if he had the resources of a major college football program.  Well, this year you are going to see it at Washington. They are loaded with talent on both sides and somehow Jake Browning, who led them to the playoffs two years ago, is still the QB. Washington avoids playing USC in the regular season and gets Stanford at home. PAC-12 Champion: Washington Huskies

TD Wood — Let’s just begin by saying that I have no damn idea who will win the PAC-12 South. USC is getting a lot of love, but who’s gonna be their QB? Arizona has Khalil Tate, but not much on defense. Utah hasn’t been consistent enough since joining the PAC-12. As for the North, it comes down to Washington vs. Stanford. Chris Petersen has done a wonderful job at UW, but Stanford has Bryce Love. PAC-12 Champions: Stanford Cardinal

1 comment on “College Football Predictions 2018: The Smashmouth Big Ten and the Up-in-the-Air PAC-12”