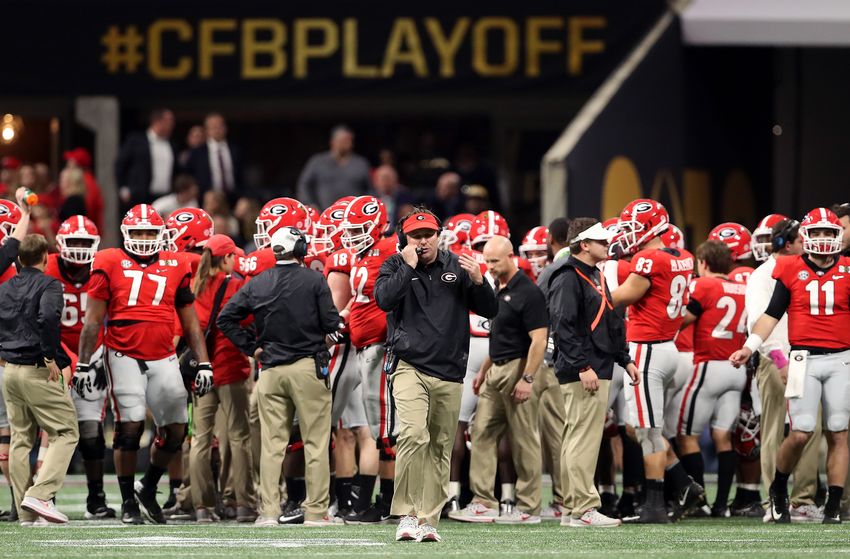 Finally, we here at The Alabama Take get to sink our teeth into the mighty SEC as well as the College Football Playoff contenders. Who will win? We have our guesses on who will be struttin’ that ass at the end of the season.

Click back on our thoughts on the ACC, Big 12, Big Ten, and PAC-12 scenarios.

SEC
Blaine Duncan — Haters gonna hate, but it’s hard to pick against Alabama, even with their possible lack of depth at linebacker and defensive back (never mind the so-called QB controversy). I would say that Texas A&M could challenge them, but that goes against my first-year coach rule. Auburn always stands a chance and could win the West. Bama’s injuries are reason for concern, though, and they tend to face opponents late in the season with some serious momentum behind them. I think Alabama returns to the SEC Championship, though, after a year away. Georgia’s path to the SEC Championship is a given, minus a tough tussle with Missouri. Since it’s an Alabama-Georgia rematch, it’s truly a toss up. I’ve got to give it to Georgia for the revenge factor and the Bama linebacker losses. SEC Champion: Georgia Bulldogs

Philip Williams — I’m getting de ja vu, folks. The year was 2008. Florida was on an unprecedented run of winning with Tim Tebow and Urban Meyer. Alabama meanwhile, came out of nowhere with second year head coach Nick Saban to finish the regular season 12-0 while building their program with #1 recruiting classes. Florida managed to beat Alabama in that 2008 SEC Championship and go on to win the national title, but one more recruiting year helped Alabama to defeat the mighty Gators and win a national title of their own, sparking their own dynasty.  This year’s Alabama/Georgia situation looks eerily similar. This will be the year that Georgia surpasses the Tide. SEC Champion: Georgia Bulldogs

TD Wood — It’s always hard to take off the homer hat when talking SEC football, but it’s also the conference we Alabama fans have the most knowledge of.  With the secondary turnover and depth-concerns at linebacker, and not to mention the massive overhaul of the coaching staff, this could very well be the year the Crimson Tide misses the College Football Playoff for the first time. However… that offense is going to be something to behold, and Alabama fans might have to get used to watching the Tide win some nail-biting shootouts. Auburn looks to be their biggest challenge in the West, but losses in the backfield and on the offensive line will be tough to overcome. The East is Georgia’s to lose, and they can probably even afford a slip-up considering they have no major competitors in the East. SEC Champions: Alabama Crimson Tide

2018 College Football Playoffs and National Champion
Blaine Duncan — There’s no doubt in my mind that the SEC, ACC, and Big Ten champions deserve a spot. As for fourth spot, I’m not as sure. I’ll take the PAC-12, though. I think that Washington beating Auburn early makes them deserving. 2018 College Football Playoffs: Georgia, Clemson, Washington, and Penn State; National Champion: Clemson

TD Wood — This feels like a year in which the Big 12 champ is the odd-man out of the CFP. 2018 College Football Playoffs: Alabama, Clemson, Stanford, Wisconsin. National Championship: Alabama over Clemson

But Keep an Eye On
Blaine Duncan — Miami won’t make the College Football Playoffs, but they could make a solid run at it until their ACC schedule gets rough late. If Auburn beats Washington early then gets on a classic Tigers late-season roll, they could end up beating many. It’s likely they’d have to take down Georgia twice, though. That’s a hard sell. I do like Wisconsin a lot. I wouldn’t be surprised if they win the stacked Big Ten East Division.

Philip Williams — LSU has too much talent to be down for too long.  I also like Penn State as mentioned before. Also, Missouri is going to shock some folks this year, but will be too sporadic to contend for anything real.

TD Wood — We’ve already discussed the big boys, so how about the smaller guys? UCF will not repeat their run from last year, but Memphis and Houston are teams to keep an eye on in the AAC. Boise State looks primed to return to their perch atop the Mountain West, and if they can go into Stillwater and beat Oklahoma State they may get some love for a playoff berth. Who doesn’t love what Lane Kiffin did at FAU last year? They should be just as fun to watch this season, and while they won’t upset Oklahoma in Norman Week 1, they absolutely have a chance to run the table on the rest of their schedule, which includes a trip to Orlando to face UCF. Notre Dame will be Notre Dame: overhyped and underwhelming.

3 comments on “College Football Predictions 2018: The Big, Bad SEC and the Playoff Contenders”