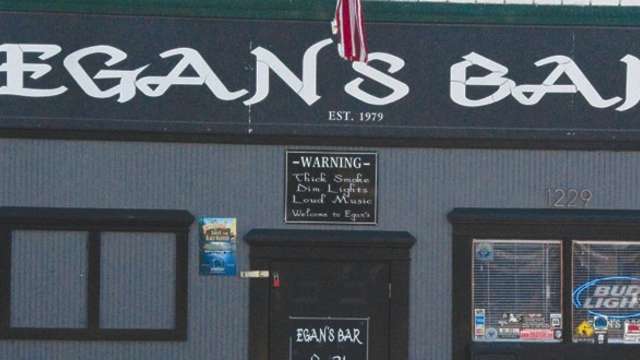 On November 4th, noted former game show host and, for some horrible xenophobic reason, United States president Donald Trump was announced to appear in attendance at the Alabama/LSU game taking place this Saturday the 9th. This of course was a desperate flail by the former co-star of Ghosts Can’t Do It to get a warm reception after getting booed after appearing at the World Series and more hilariously, getting booed in New York at a UFC fight just a few days ago. But frankly, all of that doesn’t terribly matter. He’ll probably get a divisive but still not outright booing reaction and Slate will write a bone-dumb piece about red states and racism and whatnot and we’ll have to roll our eyes and all of that probably comes with a struggle of a game. God, this all sucks. But hopefully maybe some of our fellow leftists and business owners that lean left will take a stand about this.

Let me take you back to nearly a decade ago. I was a dumbass undergrad growing into a dumbass with a degree. You know, it’s a pretty typical story. Like a lot of people here in Tuscaloosa, I really liked offbeat music, inclusive endeavors, being loud, and writing. I wrote a column for the Crimson White. Sometimes people tolerated it! It was a great time for us all. I don’t think I’ve ever earned the emotional and communal maturity that others have but I also am really happy about the people I’ve met over time. And obviously, one thing centered a lot of those folks. After say a poetry reading at Green Bar (RIP) or hearing wind of a band like Lee Bains III and the Glory Fires or just wanting a damn good time, I’d go to a little bar called Egan’s. And it was weird. I had Fireball there for the first time. I made a lot of bad decisions. I met great friends there, had fits and starts where I’d enjoy and then hate it probably for some reason that truly doesn’t matter now.

Around 2012, UA English professor and fantastic writer Brian Oliu took submissions for a book about Egan’s Bar. That book, Liver of Dixie, was released in a small but passionate print run in 2013 and is still available to be purchased as an e-book. I’m proud to be a contributor to that book because that damn bar was my college life. I was happy to be on the bar’s wall. I will always have the attachment even knowing that it’s been years since I’ve even seen it in person. And no matter what, that won’t go away.

So of course, now I bring up that awful post, the half-hearted “you didn’t understand my intent” non-apology, and why there’s a difference between a half-baked “we should tolerate all people and respect them” doesn’t work when it’s a leader that genuinely pays no respect to any of us, our friends, the good human beings of Tuscaloosa, Alabama, the United States, and the world at large.

As you can read above, there’s a dangerous undercurrent to what most would call respectability politics, i.e. the idea that we sure all have different ideas on this ole blue ball, we oughta just talk them out. I of course think that’s a bag of horseshit because this isn’t talking about what bands you do and don’t like here. It’s about if millions of women will have to risk their lives to be able to have abortions or if someone could afford to go to the goddamn hospital when they get sick or have heart attacks or whatever awful things can happen to us all simply because We live in the world. It’s about actual respect, which is to know when to fight for those who are marginalized. The type of people that once went to a bar called Egan’s, for example, in the nascent days before Icon and Druid City Brewing or hell, before I was even alive. The type of people that know that Donald J. Trump hates their goddamn guts unless they wear a red hat. The type of people that know better. It’s irrelevant that DJT is even the President at this point. Sure, respect the office, I guess, but respect your fucking self. Don’t bootlick.

Not that this will matter to the new higher-ups at Egan’s no doubt simply wanting to drum up attention for the bar on the eve of the dumbest most nakedly desperate attempt for personal attention this week from some carpetbagger from New York who 62 million people voted for. So there’s that shit. What a stupid fucking time to be on this planet. Goddammit.

Read another take from editor Blaine Duncan on the issue here.