It may be prudent to note that this isn’t a list of the best shows of 2021, despite the title, but much more of a list of my favorite shows of the previous year. If you trust my tastes, then maybe consider it both. Also noteworthy: I don’t have the time or the wherewithal to watch every single thing. Can you believe how many shows there are now!? I’m sad that I didn’t get to some of them. There’s just so much to see! What did I miss?

Other favorites of notable mention from spots fifteen to eleven: What We Do In The Shadows (FX), Servant (Apple TV+), Joe Pera Talks With You (Adult Swim), Breeders (FX), Calls (Apple TV+) 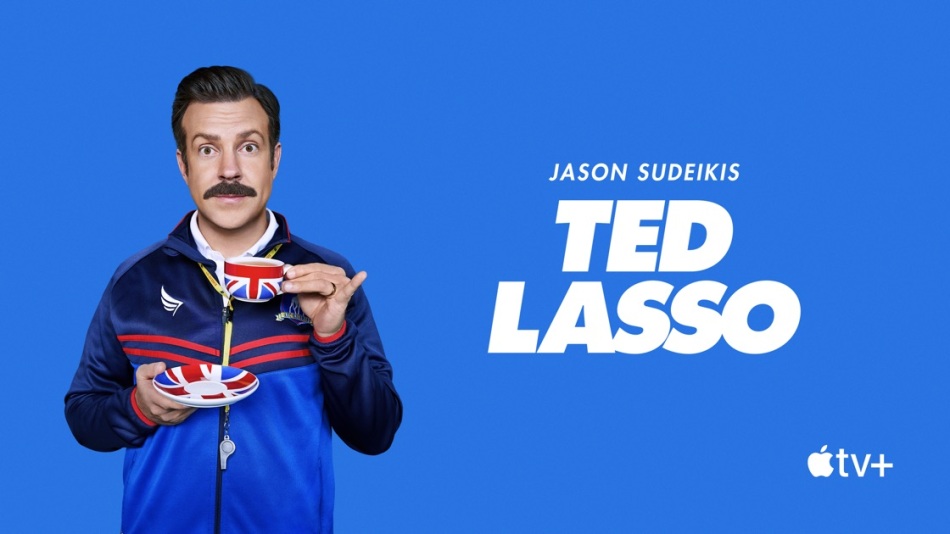 There was the backlash. There was backlash to the backlash. It prompted The Discourse. But in all, Ted Lasso‘s second season actually was a bit of a dip from its first, though nowhere near enough of a step back to call the whole season a failure: results may vary on the Christmas episode and the focal session on Coach Beard. But when the show was cooking, the show was cooking. The shift from the mostly whimsical nature of season one to one with more melancholic — an overall arc of uncovering of major life issues for many characters, which included a hit-or-miss love story for a player and a boss — made for compelling, sad, and joyful television. Most of all, it was entertaining. If what Jason Sudeikis says is true about the season being their version of The Empire Strikes Back, it accomplishes as much while drawing us back for more. We don’t like to see Ted hurt, but it creates a more actualized character when he is.

What could’ve been a throwaway, upstairs-downstairs show about a gorgeous Hawaiian resort (conceived and filmed at an actual resort to squeeze in a story amid COVID-19 protocols from writer Mike White) quickly revealed it was a piece of a television with A Message. All well and good is a presentation with something to say; it doesn’t become great without stellar writing, directing, and acting. The White Lotus had all in spades, particularly Jennifer Coolidge’s alcoholic, goofy, saddened, and needy Tanya and poor sap husband Mark (Steve Zahn), who morphs into the sort with little to live for, despite having it all, into a man who recognizes his world. The best of the lot, though, was hotel manager Armond played to the hilt by actor Murrary Barlett. Barlett gives the sort of performance that you see inch in such slight and perfect degrees that you can’t wait to see what he does next. All that and a message! Dive in. 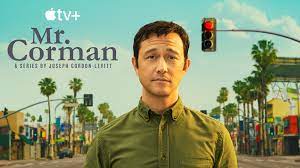 Mr. Corman, from Apple TV+ was created, written, and directed by its star Joseph Gordon-Levitt, which itself is a feat. It will be labeled as a quirky show — which it is — but it was a quirky one with a warm heart on its sleeve and an ability to create concrete images off of the most abstract of our day and time. Gordon-Levitt, a belabored but kind 5th-grade teacher, was once a promising musician, one who’s breakup with his girlfriend and band member likely ended his chances at stardom (or at least being a working performer). Mr. Corman was one of many series that took chances, i.e. animating certain scenes, using a symbol in place of the protagonist’s anxiety, and those chances most hit. Sadly, the first season worked too well to set up a second season that won’t happen: the episode focused on Corman’s roommate Victor and his life as a divorced father gives note perfect performances from its entire cast; Victor’s caring-yet-exhausted persona was one I would’ve liked to have seen more of, especially in relation to his ex-wife and teenage daughter, aging away from her dad. For some reason, Apple TV+ chose not to renew the series. But that doesn’t make this singular season unworthy of watching. Instead, it allows it to be a solid entry into Joseph Gordon-Levitt’s solid career. 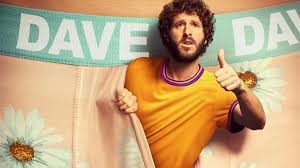 An argument that DAVE‘s second season wasn’t as good as its first due to it being a hard watch is valid. Dave Burd, the titular rapper, became even more unaware of his asshole nature and ostracized his friends. It was tough at times. The show, though, did build to something in the end, much like the first season. And that significant look inward, thanks from the help of Rick Rubin not really helping at all, allowed Dave’s relationships, particularly with the stellar and always welcomed GaTa, blossom into powerful explorations into the world we live in even though we aren’t famous. For this season of episodes, the ends justified the means.

100 Foot Wave, the documentary of legendary big-wave surfer Garrett McNamara and his quest to surf an unimaginably large swell,  came from nowhere, grabbed viewers’ attention from its opening shot, and hypnotized from there with drama and the man-versus-self conflict we’ve all known for two years. Though it’s likely not surprising that surfing translates to activities well outside of water, the show with McNamara and his crew overcome obstacles with a certain grace, peace, and joy in knowing that surfing — and life — won’t come easy. You’ll come away from this show not only with new respect for surfing but also good lessons for life.

Barry Jenkins knows how to make something visually appealing, even if that something is the brutality of slavery. Jenkins takes Colson Whitehead’s magnetic piece of literature of the same name and morphs it into an equally magnetic piece of art of filmmaking: part fantasy, part history where a young slave girl manages to escape, albeit damaged from her experiences. Jenkins includes all the horror of the novel and the history, ramping it up so that it feels straight out of the genre of the same name, using a score that feels as if it watches from over your shoulder. Despite the mistake of Amazon Prime dumping the entire series onto the streaming service in one day and an episode that ventures too far into a particular character’s backstory, The Underground Railroad is a grisly painting of a series. 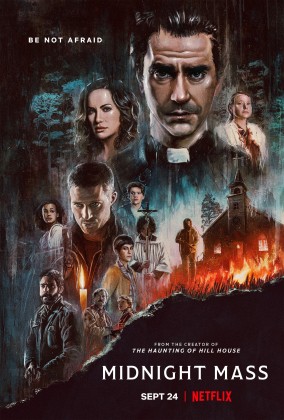 Writer, creator, and director Mike Flanagan has produced quality horror before, notably The Haunting of Hill House (which really shouldn’t have worked) but he’s never done anything has moving as Midnight Mass. What could’ve been a campy piece of 70’s throwback actually was a critique of many facets of life that just so happened to use horror as its genre. Those are always the best frightening movies and television, anyway. Flanagan manages it all: beautiful story, complex characters, compelling messages, dashes of terror. Easily one of the more perfect shows of the year. 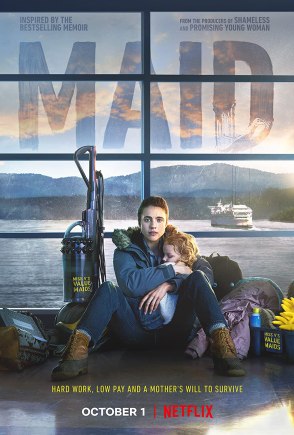 No show this past year captured what it was like to love a child more so than Netflix’s Maid; however, Molly Smith Metzler and company also manage to give a fascinating story (partly based on Stephanie Land’s memoir of the same name) that puts parenthood, capitalism, mental illness, love, education, and government all under the microscope. And as with most things when seen up close, it ain’t pretty. What is long lasting and heartbreakingly, delicately beautiful is the central relationship of Margaret Qualley’s Alex as an abused mother and daughter Maddy, played note perfect by Rylea Nevaeh Whittet. It was easily the most important show of the year. It sticks with you.

2
Scenes From a Marriage
(HBO)

Yes, Scenes From a Marriage is gut punch after gut punch. Yes, it is a remake. Both of those statements have caveats: the gut punches are intertwined with moments of quiet artistry that reveal more about people than anyone will admit; and the remake serves an excellent, well-needed purpose of both adding timely and modern updates as well as a twist from the original. All of it makes the new version hold up excellently as a reason for existence. Over the six episodes, Oscar Isaac and Jessica Chastain put on master classes of acting. The ten years of their desolating marriage is not quite a train wreck and certainly not a sound structure. No matter what your opinion of each of the two primary players — and you’ll have plenty of thoughts on both — the beginning, middle, and end all does wonders for the mind.

No other show had all the goods that Mare of Easttown delivered: top notch storytelling; narrative arcs with the right amount of twists; acting of Kate Winslet, Julianne Nicholson, Jean Smart, Guy Pearce, and Evan Peters; thrilling moments; messages without feeling like messages about the world in which we live. No only was there not a more stake-through-the-heart final shot of a television show this year, not one of the shows twists felt forced or incapable of reality. Every series on TV wanted to be Mare of Easttown this year — only one had the right accent. This is top tier television.

Hear more on television and movies each week with the podcast Taking It Down.