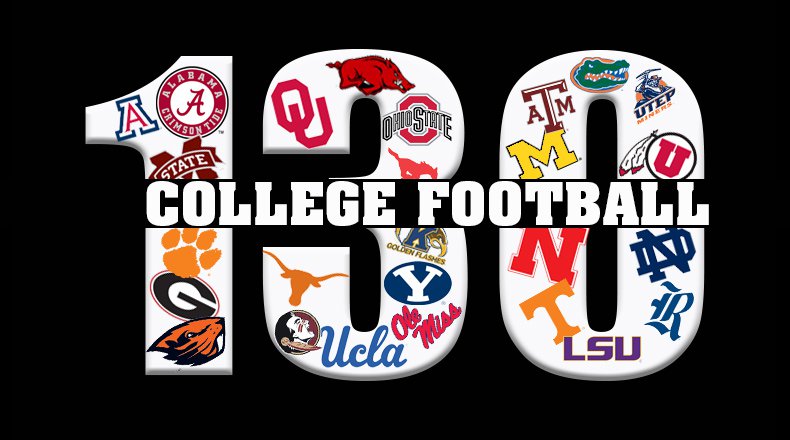 We are back at it for the 2019 season! Each week, two of the most unqualified writers at The Alabama Take will give our picks for the college football games against the spread. We are not experts (though our percentages are better than some of the experts, hot dog!). In fact, if you go by these picks, you could very well lose money. But join us! It’s our best guess at the best bets with the lowest stress. It’s our college football picks of the week!

Blaine Duncan
If I don’t pat myself on the back sometimes, I won’t get a pat at all. So I’m here to say that I’m feeling good with my end-of-the-season percentage from December 2019! I’ll do it all again but better! That’s my guarantee to you, sports bettor! (Narrator: that’s not a guarantee.)

Ole Miss at Memphis (UNDER 64.5): A new offensive coordinator at Ole Miss, a freshman QB under center for his first college start, and a 11:00 a.m. kickoff spells for a messy game. I get that Memphis has an elite offense and that Ole Miss always has good athletes who score plenty of points, but for Week One, I usually lean heavily toward the under for any game, especially in the morning. That’s my reasoning. Nothing too complex. Which means I’m probably a fool.

Virginia Tech at Boston College (+4.5): As Brent Musburger would query, what’s better than a home team getting points? For a betting man, not a whole lot! Here’s the deal: it’s early and I don’t know much about any one team yet. It’s all up in the air. But I have a feeling — and it’s only a feeling — that Boston College wins outright. The experts will tell you not to place a bet on a team if you don’t think that they win. Boston College at home can win this one.

Fresno State (+13.5) at USC: If Clay Helton does well this year at USC and wins ten games or more, that’ll be the surprise of the season. USC should be able to out-man and out-talent Fresno State, but that particular set of Bulldogs have been the little team that could these last few seasons. Current coach Jeff Tedford boasts a 22-6 overall record. I think that Fresno State could upset USC and that Clay Helton isn’t long for his stint as the Trojans’ coach. Even if the Bulldogs don’t win, I like those points.

TD Wood
I am not at all satisfied with last season’s results. I am laser-focused on improving that winning percentage, and once again I’m gonna tackle the week’s biggest games. Slim pickings for this week’s slate, but football is back nonetheless.

Georgia (-22.5) at Vanderbilt: Georgia is going to smoke Vandy here. We’ll get about three or four drives worth of a good game when Vandy comes out all jacked up on Monster energy drink or whatever nerds these days drink to get crunk, but Georgia has real shit to do and the ‘Dores are just in the way.

Oregon (+3.5) vs. Auburn (game played in Arlington, Texas): While you certainly can draw some similarities from this game to Auburn’s opener last season against Washington, I’m not sure that’s the best way to look at it. Oregon has been rebuilding for a few seasons now, and they’re ready to get a big signature win to their names. Justin Herbert is a Heisman contender, just in the wrong season for him. Regardless, he’s extremely talented and can have a monster year if his receivers can catch the damn ball — last year, Oregon WRs dropped over 50 passes. That’s unreal. I can only imagine the obscenities unleashed by Duck fans last season. I mean, 50+ fucking drops! That’s an unconscionable amount of anxiety thrust on those poor fans every single time the ball is thrown. Shit, man. Auburn, on the other hand, in is a state of flux. Six years removed from a national title game appearance, Gus Malzahn has retaken play-calling duties in an effort to revive the offense. If he can, the Tigers will be a dangerous team. If he can’t, it’ll be must-see TV. Anyway, this game comes down to one big matchup: the Oregon offensive line versus the Auburn defensive line. Both units have legit claims as best in the country, and the winner of that battle wins this game. I like Herbert over the freshman Bo Nix.

Notre Dame at Louisville (+18) (Monday night): I got burned a lot last year picking against Notre Dame, but I do believe they’ll win this game easily. They just won’t win it by three scores. The Cardinals will come out on fire under new coach Scott Satterfield, and Cardinal Stadium is a fantastic atmosphere in primetime; but the Irish are vastly more talented and will never really leave this game in doubt.

0 comments on “Takes on College Football: Against the Spread, Week One”