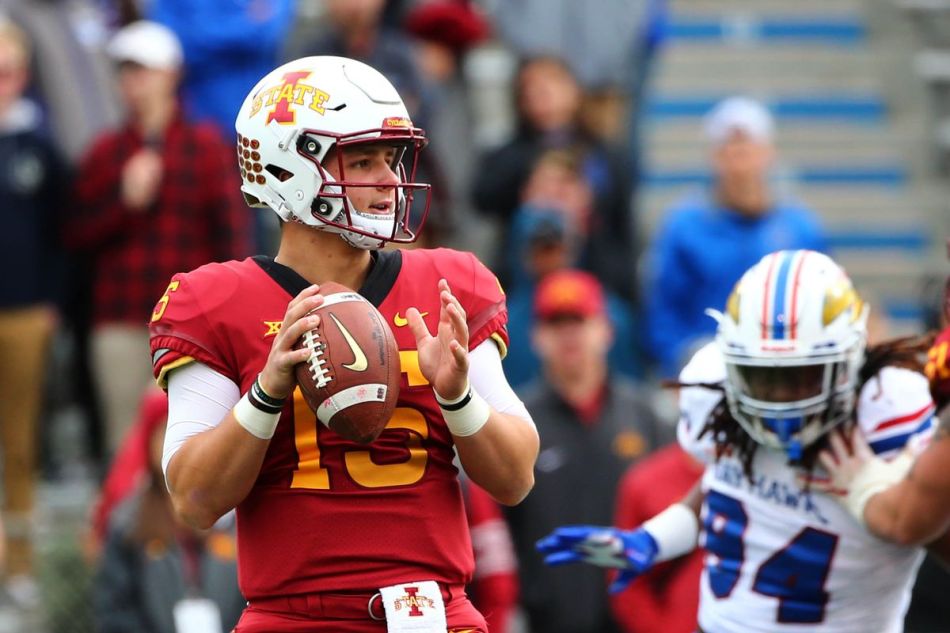 Week Three is here and there may be an idea of what each team is for the first half of the season. Don’t forget that each week, two of the most unqualified writers at The Alabama Take will give our against-the-spread picks for some college football games. We are not experts (though our percentages are better than some). So check here before you call the bookie! It’s our best guess at the best bets with the lowest stress. It’s our college football picks of the week!

Blaine Duncan
Okay, okay, okay. I’ve somehow gotten two straight weeks of going 3-0 against the spread. I’m proud of myself, sure; that also means that I’ll likely miss all of this week’s picks, so proceed with caution. If I get them all this week, though, I’m turning this into a pay-to-view column!

Kansas State (+7.5) at Mississippi State: An eleven o’clock kick doesn’t bode well for a home team when it comes to points. This is a game that will come down to a field goal for one of the two teams. If the Wildcats get the outright: a.) I would be happy, and b.) I would not be surprised. Kansas State is playing well, albeit against inferior opponents. The same could be said about Mississippi State. I don’t think the Bulldogs are quite as good as the Wildcats; however, the Bulldogs take advantage of a loud (but maybe sleepy) home crowd. It’s even possible that Mississippi State ends up being the Tennessee of the SEC West. Maybe that’s too harsh. Maybe the Bulldogs will win. But they won’t cover.

Iowa at Iowa State (+1.5): Jumping back to my home dog method that’s been going strong this season, I like the Cyclones to win this one straight up. The fact that they’re getting points makes a hard game to resist. The Iowa Hawkeyes may not be as strong as they’ve been of late. Plus, I’ve had a lot of faith in Matt Campbell. He’s the kind of coach who will be on a bigger stage soon. He’s been recently quoted as saying that he was excited to have a week off after the first game. One has to think he’s made some needed adjustments for the in-state rival with that extra week. Iowa State wins at home.

Duke (-6.5) at Middle Tennessee State: These low-key games, afterthoughts in many fans’ minds, are where you can make the money. Middle Tennessee State seems to be getting some credit for scoring 21 on Michigan in that opener, but keep in mind: it took Michigan overtime to beat Army last week. (Side note: the Wolverines may not be as good as I thought in pre-season predictions.) The Blue Devils couldn’t do anything against Bama in the first game of the year except muster a field goal, but who can blame them? No one has a team ready like Nick Saban to start a season. Duke routed a weak opponent in Week Two to bounce back and they’ll get a nice touchdown-plus-extra-point victory at night against a Blue Raider team.

TD Wood
Another week of close calls for me. Well, I whiffed big time on Syracuse, are we in a world where Maryland is good? Texas squandered early opportunities and ended up a half-point short of a push; luckily, A&M snuck in the back door and got me at least one cover. No truly big games this week, and that always makes things tricky.

Alabama (-25.5) at South Carolina: Ask a Bama fan about the team, and you might be fooled into thinking they’ve lost a game already. The offensive line play has been worrisome, and this will be a small test for them going against SEC players. That said, the Carolina secondary is not very good, and the Gamecocks are starting a true freshman QB against a Nick Saban defense. This one will get ugly.

Florida at Kentucky (+9.5): Last season, the Wildcats ended a 31(!) game losing streak against the Gators, in Gainesville no less. They don’t have Benny Snell anymore, but they do have the home field. The Gators looked ugly in their opening week win over Miami, and stomped UT Martin last week. Kentucky has looked a bit better taking care of a couple of MAC teams to open the season,and I think they do enough to keep it close, and maybe even pull the upset if Florida QB Felipe Franks keeps making mistakes.

Oklahoma (-23) at UCLA: The Bruins have been… well, trash. Their defense is not good, and that’s bad news with the Sooners rolling into town. Jalen Hurts and company are gonna score early and often. Chip Kelly has a long way to go to field a competitive team in Westwood.

0 comments on “Takes on College Football: Against the Spread, Week Three”