Week Nine is here with some fine games on the docket: from Auburn at LSU to Wisconsin at Ohio State. Even the Arkansas-Alabama game provides an interesting wrinkle with Mac Jones starting at QB for an injured Tua. So, are you ready to lay down that sweet, sweet dollar? Let’s make some bets, win some cash. It’s our best guess at the best bets with the lowest stress. It’s our college football picks of the week! 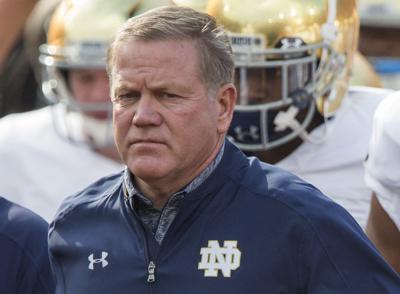 Blaine Duncan
All the games I’ve picked recently were won or lost by me with such thin margins that it goes to reiterate that one, mysterious notion: Vegas knows what they’re doing. It’s amazing. With that said, I love a lot of the lines for Week Nine. It was hard to narrow my selections down to three (one pick I didn’t add: I’m leaning hard on Michigan in an upset over Notre Dame, though not quite enough to make it official; at press time, that line was a pick ’em). Here we go.

Oklahoma at Kansas State (+23.5): Jalen Hurts. Heisman. Maybe. Home team getting points has been my theme this season. It’s bore some fruit, like Janie watching that pear tree blossom in Their Eyes Were Watching God. Well, the Wildcats will be forced to watch Jalen and the Sooners open up like a flower does in spring, but 24 points is a lot to get for a home team that’s as well coached as Kansas State. Count on K State to be a tougher opponent than the Sooners’ last few. I like for the Wildcats to hang in there for the first three rounds before losing in the fourth by 21.

Auburn (+10.5) at LSU: Auburn has the defensive front that could disrupt ol’ Joe Burrow enough to affect his game despite his being on fire. Let’s face it: LSU is playing as good as any team in the county — as good (if not better) than Ohio State was playing a few weeks ago. They’ll be impossible for Auburn to beat in Baton Rogue. I’m counting on the Tigers to win here. The LSU Tigers, that is. But don’t discount Auburn and their ability to disrupt things in the SEC West; they’ve likely a surprise upset in them yet. I wouldn’t be shocked if Auburn was able to eek out a win; however, I’ll just grab up the points instead.

Texas at TCU (+1): It’s upset time in college football. Texas has looked very pedestrian in their last two games or so. They also have a few out on defense and have played two rough games that required a lot out of them, none of which bodes well. Take Tom Herman, too: he looked like he was tired and overwhelmed in some of his more recent press conferences. Other than their QB, Texas’ stock is trending downward. Tack on that TCU coach Gary Patterson would love to beat Texas, and I see a win for the Frogs at home.

TD Wood
Ah, late October, the real meat of the college football season. Each bite is so tasty, but every one brings you closer to the end. So it goes.

Wisconsin at Ohio State (-14.5): This looked like it was going to be a heavyweight tilt, then Wisconsin went and loss to Illinois. I just don’t see anyone in the Big 10 hanging with Ohio State until proven otherwise.

Auburn (+10.5) at LSU: Until this week, I was unaware Auburn hadn’t won in Baton Rouge since 1999. They’ll need Bo Nix and the passing game to have their best performance of the season if they want to end that streak, but they do have a defense that can disrupt Joe Burrow and the LSU offense. This is one of those series where weird shit happens, and I think ten points is too much.

Notre Dame (Pick ’em) at Michigan: I hate this one, I really do. But even the Wolverines’ impressive second half against Penn State can’t convince they can win one of these big games. Which means they probably will? I still don’t trust their offense, and Notre Dame had the extra week to prepare.

0 comments on “Takes on College Football: Against the Spread, Week Nine”