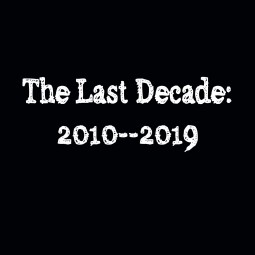 The writers at The Alabama Take regard the past ten years as they now dwindle: each entry for The Decade reflects on impressive moments, good or bad, from the last ten years. Below are some brief thoughts on some larger cultural moments of the 2010s.

Best Change of the Decade, Category: Television
The Streaming Boom — The countless services, the multiple niches, the lack of a guide to know what’s on and where, and all the passwords. Streaming is here to stay. And I love it. Want a rom com? Grab the Roku remote. What about an action-packed horror show? It’s out there, all at your fingertips. Borrow a friend’s password and hunker down in your own, little corner of some Internet-based television. Let your brain cells rot away.

Best Not-So-Guilty Pleasure
Superhero Movies — From the MCU to the DCEU, theaters were crammed with superheroes. Despite these features not being cinema (as Martin Scorsese pointed out to end the decade), I am still a fan. It is a shame that they are seemingly killing off the mid-budget movie experience in a theater. I can’t help it, though. It’s my childhood imagination coming to life while I simultaneously realize that maybe I shouldn’t get everything my eight-year-old-heart desires. Eating ice cream for breakfast is bad thing, but it’s never stopped me from doing it. As for these movies not being cinema? It’s okay that they aren’t; it’s okay to enjoy them.

Best Superhero Movie That Wasn’t
Joker — It was a brilliant, well made, gloomy look at painful topics (mental health, violence, poverty), but a superhero movie, it was not.

Worst Superhero Movie That Was
Suicide Squad — In the ubiquitous world of this genre, Suicide Squad reigned as shit supreme. And that’s saying something with the likes of Green Lantern and Justice League floating in the turd bowl. Suicide Squad felt as though it was written and directed by a ten-year-old on acid. So, it almost seemed like a Zack Synder film.

Worst Way of Conversing
Internet Lingo — Okay, boomer. I’m old. And I stan for some of the phrases that now exists thanks to the Internet. And I’m not talking about your standard lols and various abbreviations, either. Many are asinine and repetitive; well, that, and I can’t keep up with the all-too-frequent changes. This decade the Internet has rapidly influenced how we speak. Go HAM. (Shouldn’t that be HAAMF?) Beast mode. Hashtag trendy. Stop trolling me. You’re a meme, but I ship y’all. Because the internet. Change my mind, but don’t at me. 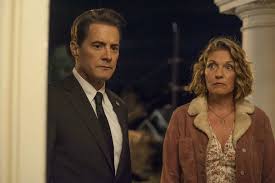 Best New Addition to a Holiday
David S. Pumpkins — Tom Hanks reigns supreme as a host of Saturday Night Live, and the proof now comes from the famous October 22, 2016 sketch initially called “Haunted Elevator”; but ask anyone and they’ll tell you it’s all David Pumpkins. Excuse me, David S. Pumpkins. The sketch even led to a less-stellar Halloween cartoon entry, but no bother. I don’t recall anything being created in the last ten years for any other holiday like Hanks did for Pumpkins.

Worst Entertainment Substitute
YouTube — The democratization of the Internet, albeit joyous (after all, here we are on The Alabama Take), does have a disturbing side effect on some folk: they can only sustain enough attention for short videos made, in some cases, by creators with undeveloped skills. The prosperity of “YouTube star” as an accepted way to be famous makes anyone think they can get there: they’ll film anything, from capturing child predators without notifying authorities to attempting dangerous stunts. It’s all for quick gratification in the form of likes. It’s a social media issue, too, but I haven’t seen the boom like I have with YouTube. Many high school students now have a preponderance for the video app more so than any television show. Is this the direction we want to go?

Best Overused Genre
Zombies — Yep, zombies are still dragging their dead carcasses all over the world of popular entertainment. Of course they didn’t begin in this decade, but they definitely became overkilled: shows this decade ranged from good (Black Summer) to mediocre (The Walking Dead) to downright awful (Fear the Walking Dead). Still, it’s mostly enjoyable for a pulp-entertainment fix, though its shelf life has to be waning.

Best Coach Who Provides Applicable Life Lessons
Nick Saban — Hate him if you want (and if you’re not a fan of the University of Alabama, you probably do) but there’s no denying Nick Saban’s success on the football field this decade: his teams have won four national championships since the 2010 football season and, up until this season, had appeared in all of the existing College Football Playoffs. Not only that, you could even improve your own life with his philosophies, commonly known as “The Process”: don’t count on yesterday’s success; control what you can control; mediocre people don’t like high achievers and high achievers don’t like the mediocre; everybody wants to succeed, but are you willing to do what it takes to succeed? 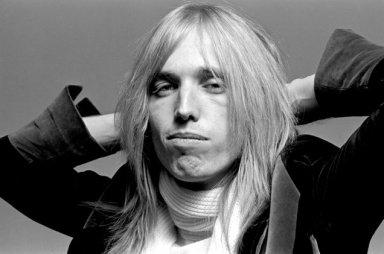 Worst Loss of an Artist
Tom Petty — As with every day, month, and year, many heavy passings occurred this decade; however, none quite stung as far and wide as Tom Petty’s death in 2017. The death of the far-reaching rock singer and songwriter still hurts as badly as his songs still resonate with beauty.

Best Amazing Show with a Bumpy Ending
(Tie) Breaking Bad and Game of Thrones — While Breaking Bad didn’t start in this decade, its ending landed right in the middle of 2013. The show is a marvel, but that last episode still dismisses the Shakespearean tragic tone of the rest of the series. And Game of Thrones? Well, we all know how that turned out.

Worst Fad of the Decade
(Tie) Taking Pictures of Our Food and Fortnite — I’m a curmudgeon, sure, so it makes sense that my grumpy-old-man ways can’t figure out why people keep posting pictures of their meals and why Fortnite got so huge. Neither seemed very fun.

Best Damn-Near Annoying Trend
Memes — As soon as I get just about tired of memes, I see a good one. Except for the “Epstein Killed Himself” Meme. That’s tired. Please stop. And they’re not going anywhere soon. They’ve become the way we share anything from our political ideologies to jokes to summaries of our lives. Hard to say what was the best or even the most prevalent. Michael Jordan crying? Distracted boyfriend? Blinking-guy gif? Kermit drinking tea? I liked that one.

Worst Way We Get the News Now
Facebook — Fewer and fewer people don’t bother with actual, reliable, reputable news sources or even know what those are. (We’ll regret not having focused, paid journalists.) For the love of all that’s holy, people assume memes are facts! Mix together those sons of bitches who were allergic to books in high school now giving their opinion on every political post and we have Facebook. If only we could return to it being only for those who were in college.

Best Solution for Peak TV
Thirty-Minute Dramas — How excited do you get to see your favorite show has a thirty-minute run time, especially if it is a tightly wound drama that hits all of its beats? Lives were rushed long before the streaming giants were pervasive, but now with so many television options and internet sources vying for our attention, it’s hard to digest any one show and still feel a part of the culture. Louie helped kick it off with the notion that a comedy could be a drama all presented in a half hour. Since then, we’ve had Fleabag, The End of the F***ing World, Moden Love, Kidding, and a lot more. It’s wonderful!

Worst Thing We Didn’t Do
Acting on Climate Change — If I, a man of limited science, can see the effects of climate change with my own two eyes, anyone else can. Whether or not you think it’s man made (it is), something has to be done.

0 comments on “The Decade: For Better or For Worse”