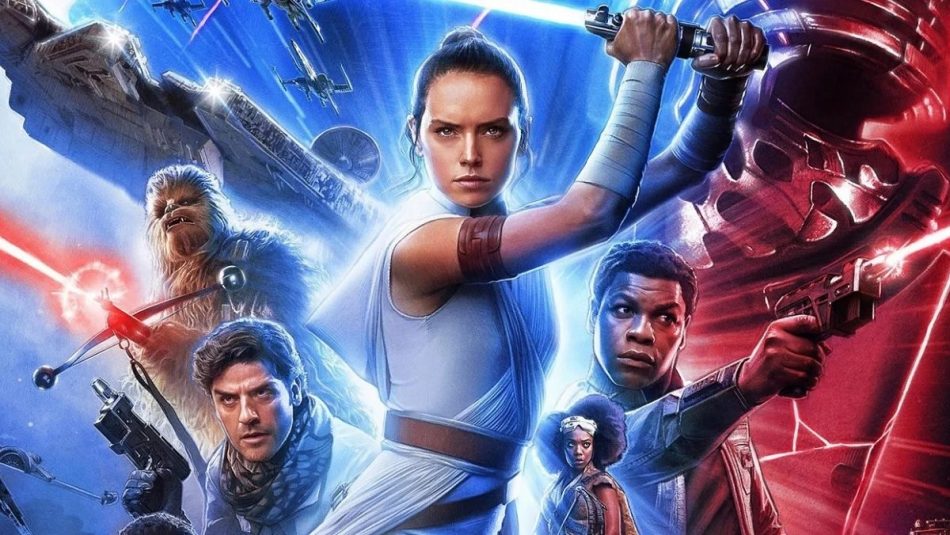 SPOILER ALERT! THERE ARE SPOILERS WITHIN, PROCEED AT YOUR OWN RISK!

When Disney acquired Lucasfilm and announced that they would be making a Star Wars sequel trilogy, nerds rejoiced, albeit with a cautious optimism – as much as we wanted new Star Wars films, the prequel trilogy hurt us, and hurt us badly. Fortunately, The Force Awakens and The Last Jedi are immensely better than the prequels, even if they have their flaws.

That brings us to The Rise of Skywalker. The final installment of the Skywalker Saga is an entertaining, but thoroughly flawed, film set at a blistering pace. Seriously, this movie flew by at breakneck speed. Every scene is full of action or plot development, leaving little time for the viewer to process what’s happening on screen, and that’s one of the biggest problems. The movie never really gives anything that happens time to breathe. It leaves you a lot to unpack, but not a lot of time to do so.

I’m not trying to sound too pessimistic, it’s a fun movie! It’s a fitting end to this set of movies that leaves you happy leaving the theater, and that’s what it should do. The story reaches a satisfying conclusion and it’s a great movie experience.

However, once you start to think about the film and it starts setting in, that’s when the problems become a bit glaring. Perhaps biggest of all is Disney’s disjointed production of the three films finally coming to a head in Rise. As much as Star Wars fans love to gripe about George Lucas, his presence was sorely missed in this one. Without Lucas’ guiding vision, or hell, anybody’s singular vision, the trilogy became a battle of ideas between directors J.J. Abrams and Rian Johnson.

In Rise, Abrams seemed intent on “answering” Johnson’s The Last Jedi and providing fan service to those who didn’t like Johnson’s film and those who had lingering questions from The Force Awakens. At times the movie feels more like a direct sequel to Force than a conclusion to a trilogy. As you sit in the theater watching the film unfold, you’re having a great time. As you think back upon the film, you start to question why certain things unfolded the way they did.

Why did we need to bring back Palpatine? Doesn’t his return render the original trilogy moot?

Why did Rey need to be his granddaughter? If we’ve been taught the force resides within those all across the galaxy, why must Rey be shoehorned into a family? Isn’t her story similar enough to Luke already without also making her relative a Sith?

How was there always someone there to save the day? Did we need so many bait and switches?

Did the Rey/Kylo Ren plot need to turn into a love story? After Last Jedi, my favorite part of the new trilogy was the relationship between the two, but as Rise progressed I began to cringe when they were on screen together and not dueling.

While Force was derivative, its job was to set a foundation the next two movies could build upon. In Rise, we should get more for our final battle than a rehash of Return of the Jedi’s final battle: Emperor lays trap and forces protagonist to watch, heroes walk right in, but find a way to triumph in the end as protagonist is saved by the big bad who has a change of heart.

Again, I actually enjoyed this movie. The pace keeps you hooked, the action is a lot of fun, and of course it looks great. The acting is great, once again, there’s just not a lot of quality depth for the actors to work with.

I liked the film, I’m just not sure how much I’ll want to re-watch Rise in the future. It’s a good time while it lasts, but pretty shallow once you dive in. We deserved better.

1 comment on “The Rise of Skywalker: fun and flashy, but a shallow end to the Star Wars Saga”