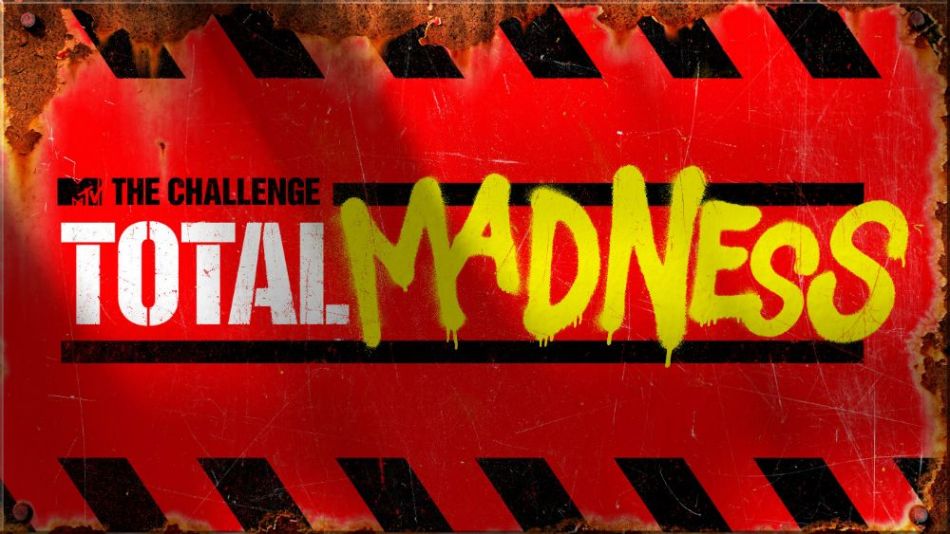 I suppose we should start with Dee Nguyen. She got fired this week for saying a bunch of dumb shit online regarding Black Lives Matter. In case you missed it, or just don’t care, it seems Dee made some dismissive remarks towards the death of George Floyd, then tried to defend her wokeness using the fact she lost her virginity to a black dude. Stellar stuff, really. So, now Dee will no longer take part in The Challenge. I don’t think she’ll be missed around these parts.

Important to remember: this is not a violation of her 1st Amendment rights. She’s getting fired, not censored by the government. When you say stupid shit, regardless of whatever level of offense you feel it does or doesn’t achieve, and have a tone deaf and ignorant attitude, you stand to face consequences. Dueces, Dee.

Now, as for the actual competition (which was taped months ago, remember), Dee had herself quite the two-weeks. On Episode 10, the gang played T.J.’s favorite game: trivia. Tangent: I cannot state enough how hilarious I find T.J. Lavin during this event. He lives for trivia every season, and it’s the same thing every season: the contestants are put over some water, and have to answer random trivia questions to avoid being dropped into the water. The questions are fairly simple in nature, and are a mixture of Challenge trivia and general knowledge questions, but still a challenge for the cast. T.J. takes just an absolute joy in dumping every person who answers incorrectly. Anyway, Dee and Wes win trivia, and pick Rogan to join them in the tribunal, but we’ll get to that juicy bit a little later.

On Episode 11, things get spicy. Josh and Melissa win the weekly mission (in which Kyle, Rogan, Nany, Jenny, Fessy and Nelson all get DQ’d for working together in an individual challenge), and pick Bananas to join them in the tribunal. And whoa boy, does that decision prove seismic.

Bananas and Josh almost immediately agree to railroad Melissa, and vote in Dee behind her back. They convince her to pick Dee, Nany and Bayleigh for questioning, with assurances they won’t throw Dee into purgatory. Mattie volunteered herself for the house vote, aiming for a red skull. At elimination, Melissa says Bayleigh’s name, and then Bananas drops the bomb.

But wait, there’s more. He asks Rogan for his blessing to throw Dee into elimination! And Rogan consents! Absolutely foundation altering move from Rogan, and good on him. He saw his alliance with Dee was harmful to his game, and made a tough choice.

HOWEVER, Dee finds herself in a favorable purgatory challenge. She and Mattie are placed into boxes partially filled with dirt, with the first to tunnel their way out declared winner. Mattie’s a fairly tall woman, and the smaller Dee has a much easier time digging her way to victory.

So now Dee is back in the house, pissed off and with a hit list. She also now has two red skulls, and we still don’t know if that will play a factor.

Now, about that Purgatory from Episode 10. As I said, Wes, Dee and Rogan form the tribunal. They nominate Kyle, Cory and Swaggy as their three. The house vote goes to a self-nominated Bananas. What happened next was just plain great television.

Wes couldn’t help himself. He was caught off-guard by Bananas volunteering for purgatory, and when the time came to vote in an opponent for his new ally, he chose instead to give us an iconic Challenge showdown. Wes volunteers himself to face Bananas in elimination.

This wasn’t exactly a huge shock to anyone, as you kind of had to know that alliance was gonna blow up at some point. The timing was a bit surprising, maybe, if you thought that they might wait until the final to turn on each other.

But Wes chose instead to face his biggest foe head on, and he lost. Bananas won a tightly contested elimination, and gets to send his nemesis home. The tenuous alliance is one to watch in future seasons, for sure.

Add that to the power moves Bananas pulled in Episode 11, and he seems to be rounding into form right in time for the season’s stretch run, and has to be considered a favorite to win and add to his record six Challenge titles.

The time has come for the prestigious ATCC rankings! We’re getting dangerously close to the finals on this season of The Challenge, so let’s break down the contenders for the title.

15. Swaggy C – What has he done besides enter into a couple tribunals?

13. Melissa – Poor, poor Melissa. She’s too nervous to even enter an elimination.

11. Nelson* – Nope, can’t trust him not to do something extremely stupid.

10. Bayleigh – She’s mellowed since E1, but her and Swaggy C will get tested soon.

9. Josh – He’s bumbling his way into the top ten here, but for how long?

8. Cory – Another one with the tools to win, but has yet to put it together. The tease for next week’s episode didn’t seem positive, either.

6. Aneesa* – An old hand at the game, she definitely knows how to swim these waters.

4. Fessy* – Another promising rookie, with boatloads of potential.

2. Jenny* – Any other female winning would be a monumental upset. Kaycee has the only shot.

1. Bananas* – The legend making another run at a title

Shakespeare, via Friar Lawrence in Romeo and Juliet, once advised the young and young at heart, “Wisely and slow. They stumble that run fast.” Bananas, part of the old guard on this season’s Challenge, understands this pithy advice: he’s laid low, hence his high ranking above from TD. He seems poised to make another title run, but even better, he has made for some prime television these last two weeks. His plotting is that of any Shakespearean character; let’s hope that unlike those folks in those plays, he survives. I’ve got my money on him, though. And if not him, who else? Honestly, I think both Jenny and Rogan have good shots, and I’m cheering for both. I realize Rogan entered this season as a chap that maybe the entire site didn’t like, particularly my compadre Adam. Since I was unaware of anyone not on the show fifteen years ago, I found him enjoyable. Once I saw him double cross Dee in this week’s episode — and there’s a lot more on the editing floor — Rogan became one of my favorite dudes on The Challenge. As for Jenny? She’s just fierce, always with her mind on goals. You have to admire someone who isn’t in the bullshit constantly, i.e. Dee. Swaggy cannot have a chance, can he? The look of fear on his face each time the players are given a challenge doesn’t bode well. Two final points: I’m a fan of Melissa, but her hesitation on vying for a red skull is going to catch up to her. Lastly, while Wes makes for wonderful drama, I’m sort of glad he’s gone, especially by the hands of the one and only Johnny B. Amazing.

First, the obvious: I love this show, but it has done a piss poor job at times of doing the right thing. There’s the infamous Camila-Leroy incident, on top of a boatload of misogyny and general bullying. Sometimes, it’s addressed, but oftentimes, a good edit is left to redeem what should have been eradicated. Capitalism vs the right thing, amirite? Sorry, I’ll move on, there’s only so much WiFi on the ANTIFA bus. It can be shocking to rewatch episodes from less than a decade ago. Even if their hearts haven’t changed, they know what’s unacceptable now, and you know what? I’ll take it. We all have to grow. That said, I won’t miss Dee one bit. Her approach to the game was toxic and she was just OK in competition, a fact she was blissfully unaware of. You can tell the whole house was ready to see her go, even in this last minute, slash and burn edit MTV delivered that should have been Dee’s evil villain coming out party (if you want to dork out like me, here is a neat summary of the full edit, complete with Dee, that aired in Canada). So long! The real tragedy of the edit is that we didn’t get to see a Bananas manipulation masterclass on full display. Hell, I think he’s even manipulated me into liking Rogan? I did feel for Melissa in that moment. She tried. And poor Mattie would’ve been better suited to almost any of the other eliminations so far. When will the house start fighting over who volunteers themselves to go in? That’s gotta be coming, right? I am starting to get a sneaking feeling about Kyle and Cory, too. For different reasons, they have laid low so far. Could they be primed for a late season run? On the girls’ side, it’s just a competition for second place behind Jenny, barring a miracle. Maybe Kaycee can go toe-to-toe in a Finals scenario? Or maybe Dee? Ugh.