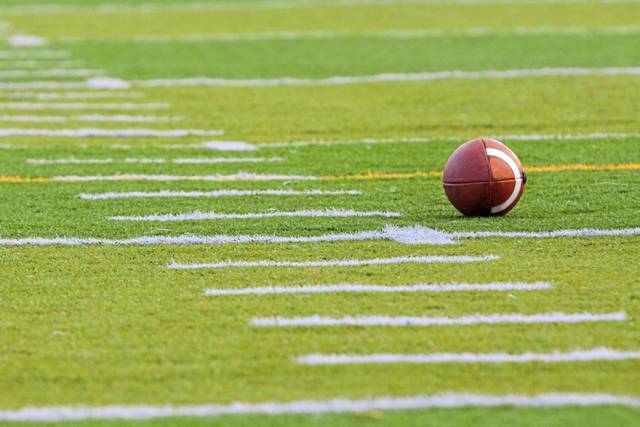 Forgive me for what I’m about to tell y’all, but I haven’t really gotten into football season. I know it’s happening, I even did my fantasy draft and have watched a few games, but it doesn’t feel like football season yet.

Maybe it’s just another byproduct of 2020. The lack of a normal build-up, the question of whether it would even happen, the haphazard nature of the schedule; it just all kind of leads to football season just appearing out of nowhere, particularly when you also go through an out-of-state move like I did.

Even looking down the road, you just know that there are going to be a metric fuckton of asteriks attached to this season. Whichever team wins, the fanbase will not be able to celebrate without literally every other fanbase screaming some “but but 2020! no out of conference! things!” shit, and that’s a real bummer.

Plus, you know, there’s the ‘rona. I’ve already talked about that shitshow, but it’ll loom over this whole season. For that reason, I’m not going anywhere near predictions or bets this season. No chance.

But, all of that said, it is still football season and I will enjoy it, by damn. We’re finally settled into the new place (see: we have TV now), Alabama kicks off this Saturday, and my fantasy team is off to a hot start. Plus, there are some great things to look forward to this year, in both the college and pro games.

In Mac We Trust

Speaking of the Tide, they have all the makings of a National Championship team. I don’t think there’s gonna be that much of a drop-off from the Tua-led offenses of the past two seasons. I’m not saying Mac is Tua – he ain’t – but Mac is more than capable, and the weapons around him are ridiculous. The offense is shaping up to be a combination of said Tua offenses and the 2009-2012 murder ball era. It will be wonderful.

To boot, the defense looks like it will not only rebound from last year, but put out a unit as good as we’ve seen in Tuscaloosa for a few years. Hope y’all are ready for the haters, because we could see a return of rolling death train Alabama football.

I mean, I don’t really need to say more, but when Lamar Jackson is your franchise QB, the future is bright.

It’s really odd as a Ravens fan and not worrying about the offense. Thankfully, we won’t have to worry about the defense, either, as they made vast improvements this off-season, and have looked pretty good early. A major test in Pat Mahomes and the defending Super Bowl Champion Chiefs awaits on Monday night, which will be loads of fun.

The State of Mississippi

Lane Kiffin was hired as head coach of Ole Miss. Mike Leach was hired as head coach of Mississippi State. That is an equation for entertainment of the highest caliber. I hope both of these men stay at their respective jobs for years to come. As you know, I’ve always thought of the Egg Bowl as must-see, but if this doesn’t put it on the national radar I don’t know what to say.

Elsewhere in the Magnolia State, Southern Miss said fuck the concept of 2020 immunity for head coaches when they fired their head coach after the first week. At the opposite end of the spectrum, Jackson State hired Deion Sanders as their head coach. Yes, that Deion – Prime Time himself. I have no idea how this will end, but the journey will be sublime.

Maybe, just maybe, if we get through 2020 our reward will be some positive change going forward, brought on by some of the challenges of this season. Maybe the importance of conference play will be reinvigorated, and we’ll see a 9-game SEC schedule in the future, or a playoff system that rewards conference champs. Maybe we’ll see more responsible travelling and am importance will be place on regional opponents in both the college and pro game, and some rivalries will gain a second life while others are born. Maybe we’ll get radical and actually create a true top tier in college football.

Probably not, but we gotta at least hope the people in charge learn something from all of this, right?