There were a ton of shows to watch this year, and some were just bad. I tried (in some cases repeatedly) to give each of these shows the benefit of the doubt, but they never clicked for me.

In what should’ve been a knock out of the park with a great, huge cast and more time than the original 1994 attempt, The Stand still never offered anything more than a sad, pitiful “meh.” The new ending, conceived by author Stephen King, was a nice play on both the book’s ending and the 1994 mini-series, but other than that, this show never knew what it wanted to be. Perhaps it was the flashback structure which fully ruined it as that was the most unnecessary decision in 2021’s long list of television. Or maybe it was some of the (still great) miscast actors. No matter what, The Stand fell. For how to do a pandemic story in the midst of a pandemic with proper flashbacks, see Station Eleven instead. Not this. Not again.

Yikes, was this show bad. It’s odd, too: normally Nasim Pedrad nails down awkwardness, no matter boy or girl or otherwise. Her stint on Saturday Night Live and her acting after proved as much. Don’t look here. Chad was the type of story where you really want to pull for the antagonist, but you never find any moment worthy of hanging your hat on. That, and Pedrad has apparently forgotten how to play any sort of teen at all, no matter boy or girl or otherwise. This was a disaster. 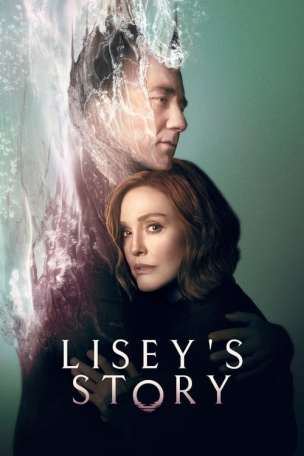 Another Stephen King entry, Lisey’s Story is the perfect example of a television show that absolutely. positively. does. not. want. you. to. figure. it. out. Christ, this show was excruciatingly slow and boring. There’s playing secrets close to the vest for the garnering of interest and there’s keeping the show wrapped in mystery because it has nothing to say. Sadly, Lisey’s Story is the latter. And to no one’s shock: King wrote all of the episodes. But to everyone’s surprise: Pablo Larraín directed the series. 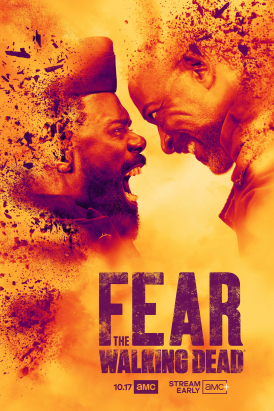 I’m going out on a limb here to say that there have never been more stupid decisions from showrunners than that of the seventh season of Fear the Walking Dead. To end Season Six, they dropped several nuclear missiles. That’s cool, right!? Yes! To some degree, yes! In a show about zombies, why not!? Then the show decides that dropping the nukes across Texas makes zero difference on what the characters then do. There’s more. There’s a lot more. But trust me. This is shit.

1
The Walking Dead: World Beyond
(AMC)

Right now, you’re rightfully asking why I bothered with two shows in the Walking Dead universe if I reviled Fear the Walking Dead so much. Well, World Beyond promised only two seasons, and you know what? That first one wasn’t out-and-out horrible, so I figured I could risk the time. Jesus H. Christ, was I wrong. Why the hell this series didn’t bother to hire actual actors, I’ll never know. The pandemic must’ve zapped any skills they had in the first season. Not one thing said, done, or shown was remotely believable with the exception of zombies, who in contrast to their human counterparts, were downright sublime with their acting chops. I hated this show.